What Military Spouses Need to Know Before Getting Politically Active

This has already been a year of many things, but  calm  is not one of them. In addition to COVID-19, movements, protests, and political elections have filled the news and stirred many hearts. But what are the rules for military family members who want to get politically active? What does a military family member who wants to get involved need to know?

MFAN is a non-partisan organization. We will never endorse a candidate or attempt to influence how people vote, but we are committed to educating military families about voting and about the unique circumstances that impact the military community. That’s why we asked two experts to help us better understand the guidelines and best practices for military family members who want to exercise their rights by getting involved.

What Are the Rules? The Federal Voting Assistance Program (FVAP) works to ensure servicemembers, their eligible family members, and overseas citizens are aware of their right to vote and have the tools and resources to successfully do so – from anywhere in the world. U.S. Navy photo illustration by Mass Communication Specialist 3rd Class Danilo Reynoso.

“I have frequently heard from military spouses who think that they are not allowed to engage in political activity because of Department of Defense (DoD) regulations or they think their servicemember’s career will be negatively impacted by a spouse’s political activities. I’m here to say that those beliefs are wrong!” said MFAN Advisor, Navy spouse, and past president of the Military Spouse Juris Doctorate Network (MSJDN) Libby Jamison.

MSJDN operates Homefront Rising, a non-partisan initiative that encourages and trains military spouses to speak up and get involved in the political process through advocacy and public service.

“DoD regulations can impact your servicemember’s ability to engage in certain activities and they can restrict what you can do on a military base or facility,” Jamison said. “But military spouses themselves are not governed by DoD restrictions on political speech and activity.”

In other words, though there are some rules that dictate the political activities of service members, those rules don’t apply to military spouses.

Sarah Streyder, director of the non-partisan Secure Families Initiative, echoed the same point, adding that there may be some unique situations worth considering.

“There are times when your life might overlap with your service member, and you have to create a distinction between your actions and your servicemember’s. For example: do you have a shared email or social media account? If so, don’t raise money for a political candidate on that platform—not because  you  can’t, but because  they  can’t.”

But What About Signs and Stickers? Jamison suggested that military spouses who are interested in being politically active, whether by running for office themselves, volunteering on a campaign, or sharing their support via social media posts, signs, or bumper stickers, talk to their servicemember first. “Are there boundaries for how engaged you will be? Will you include other military families? Will you publicly broadcast your involvement? These are important conversations to have—and the answers may change over time,” Jamison said. “Some senior or supervisory servicemembers will not be comfortable with posting anything that can be seen as political, as they do not want to be seen as influencing those under their command. And that is a totally reasonable position to take. But it is not always prohibited, especially at a servicemember’s home off-base.”

Jamison and Streyder both said that while DoD rules do prohibit political signs in on-base housing, there are no rules prohibiting posting signs off-base, and both said that these rules apply only to campaign signs, not to signs signaling support for a movement or an idea, such as the Black Lives Matter movement.

DoD Directive 1344 states that servicemembers can have political campaign bumper stickers on their vehicles but cannot have a vehicle sign that is larger than a bumper sticker. There are, however, no rules regarding signs or stickers that are allowed or not allowed on a vehicle driven by a military spouse.

“You can put whatever the heck you want on your car!” Streyder said. “However, if your service member drives that car, it’s probably best to avoid a political sign so they don’t get in trouble when they’re driving it.”

And What if You Want to Volunteer or Run for Office?

While there are specific rules that regulate what servicemembers, including National Guard and Reservists, can do while serving, there are no rules that restrict, limit, or dictate what military spouses can do politically. 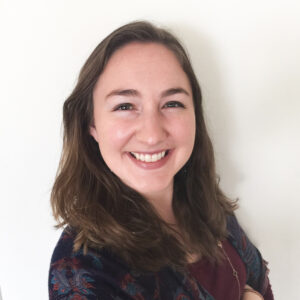 According to Streyder, active duty servicemembers are not allowed to run for office themselves and, though they can donate to a political campaign, they are not supposed raise money for a campaign for or encourage other people to vote for a partisan candidate—even if that candidate is their spouse.

Are You Ready to Jump In?

So, to recap, if you, as a military spouse, are interested in getting involved in a political campaign or social movement, you’re free to express your opinion and share your time however you’d like, but you shouldn’t put a political campaign sign in your yard if you live on base.

You, or your servicemember, can put a political campaign sticker on your car, and as a military spouse you can post whatever you’d like on your personal social media accounts, but you need to be more careful if you share a social media account with an active duty, Guard, or Reservist servicemember. And it’s always a good idea to discuss your intentions with your spouse, particularly if he or she is in a leadership role, in case there are unique concerns for your family.

“Military spouses should keep in mind the purpose behind these regulations,” Jamison said “It is not to take away the free speech of servicemembers, but to ensure the non-partisan nature of the military, who serve the Commander-in-Chief, regardless of political or partisan factors. Servicemembers swear an oath to protect and defend the Constitution of the United States.”